Surreal SoReal Theatre, new company-in-residence at Fred Barry Hall, and the renowned Geordie Theatre join forces for the first time to present Jonathan: a seagull parable, written and directed by Jon Lachlan Stewart, loosely based on the work of Richard Bach. With a unique creative team, including internationally acclaimed choreographer Luca «Lazylegz» Patuelli, Jon brings together disabled and non- disabled performers on stage to create new meanings between the flapping of wings.

Jonathan is fed up with his routine, or rather his clan’s routine, so he tries to learn to fly differently. It must be said that Jonathan is a Seagull. Forced into exile before returning to his own people, he seeks to ensure that no one ever confuses sky and horizon again. Taking inspiration from Richard Bach’s allegory Jonathan Livingston the Seagull, this unique retelling questions the limits imposed – or not – by our physicality and sense of community. 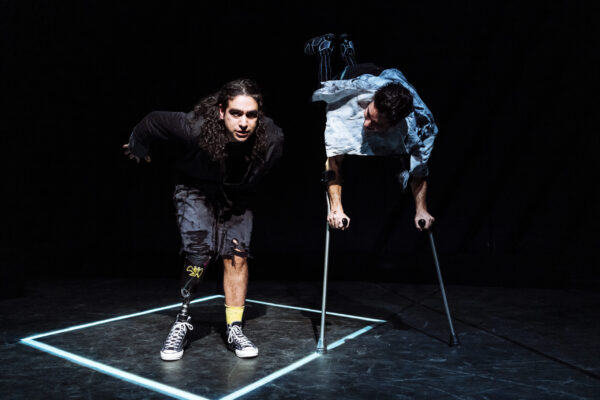 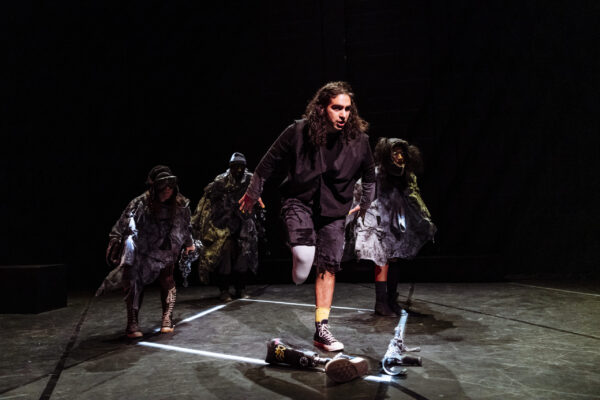 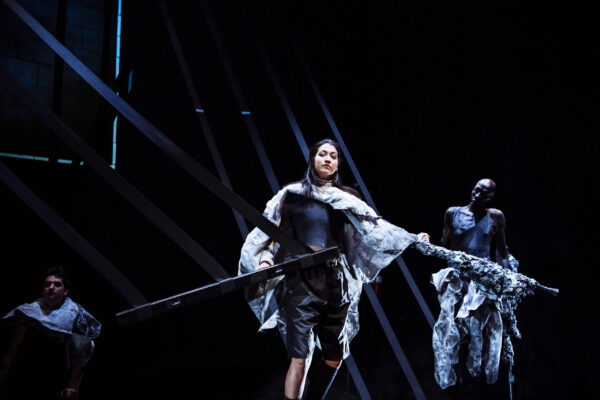 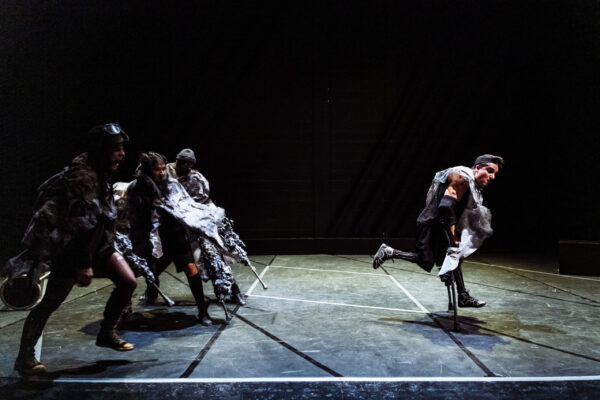 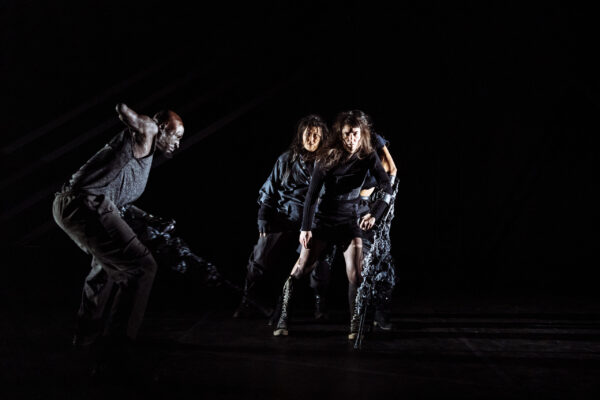 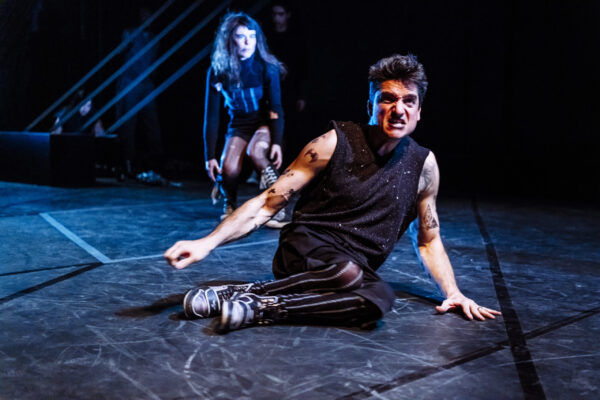 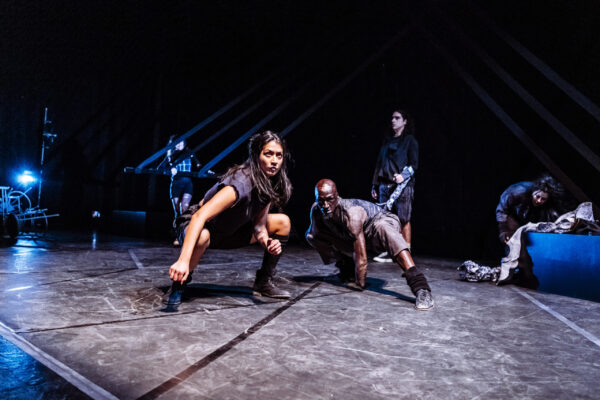 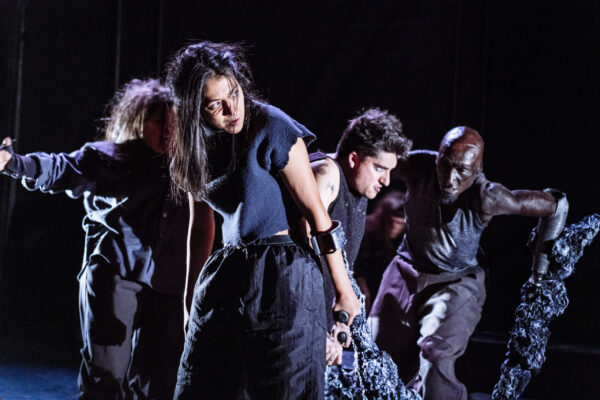 The play Jonathan: a seagull parable is a rewriting of Richard Bach’s work by director Jon Lachlan Stewart. This retelling is a parable told by the actors and actresses on stage. It is about Jonathan, a young gull who seeks to live freely with all the power his bird’s wings provide. However, his community is less enthusiastic about his aerial prowess – the survival of the species must come before his fun. Jonathan’s father tries to temper his offspring’s ardor, attempting to reason with him, but nothing works.

Jonathan cannot come to terms with the austere and serious life being forced upon him. He finds refuge in his own little paradise: a community of camaraderie, of free- thinking gulls who fly for the simple pleasure of dancing with the sky.

On stage, a narrator speaks in French, while the interpreters of the story speak mostly in English. Playing the role of philosopher-storyteller, the narrator seeks, with the complicity of the public, to decode the meaning of this story. She wants to understand: Why doesn’t the world listen to itself ? Why do we tell ourselves stories?

”In addition to highlighting the richness of a non well known pool of performers, the play addresses themes related to difference, sense of community and self-imposed limits. It reasons a little louder when artists with a disability take hold of them, but the acting of the entire cast is incredibly powerful.
[...]
His team's physical investment is remarkable. Alternately motionless, then carried away by fast, slow, dancing movements... We are also touched by the use that is made of the actors' crutches. From daily support, they transform into bird wings on stage. 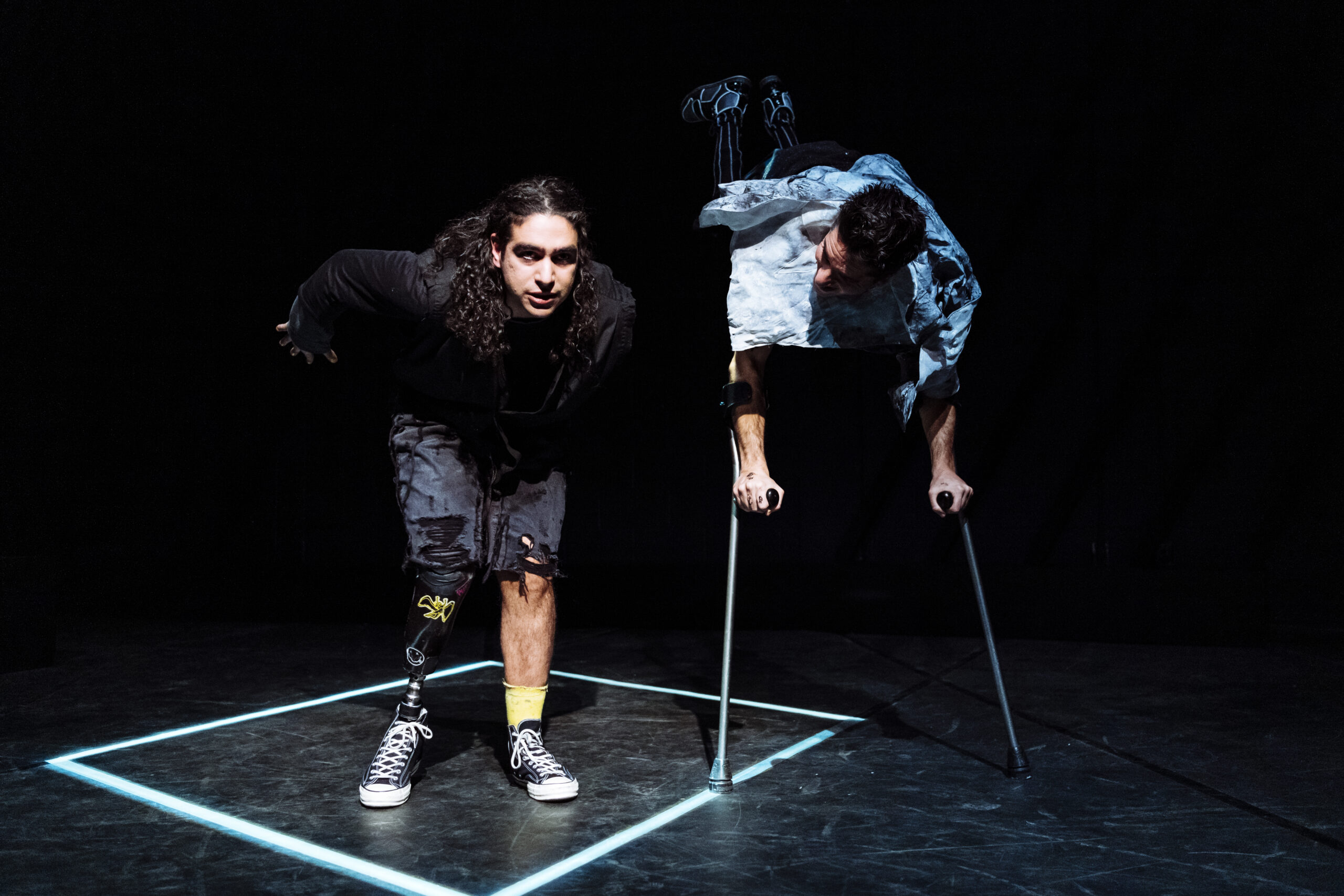