Miss Catherine loves her grade 3 students more than anything in the world, in fact she would do just about anything to protect them. So now, after realizing just how much her own school has failed to take the necessary precautions in the highly likely event of a school shooting, Miss K takes it on herself to teach a new lesson plan.

In this production, originally produced with Centaur Theatre’s Wildside festival, you the audience play the part of the student, and interact directly with your teacher as she takes you through the harsh reality of gun violence in today’s world. 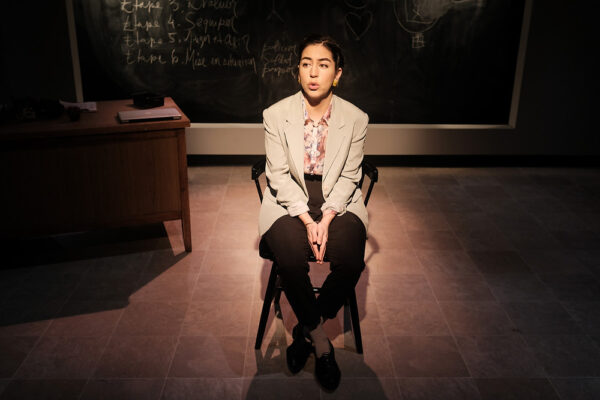 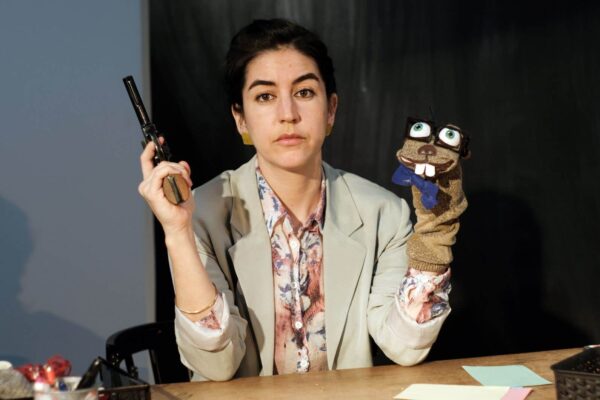 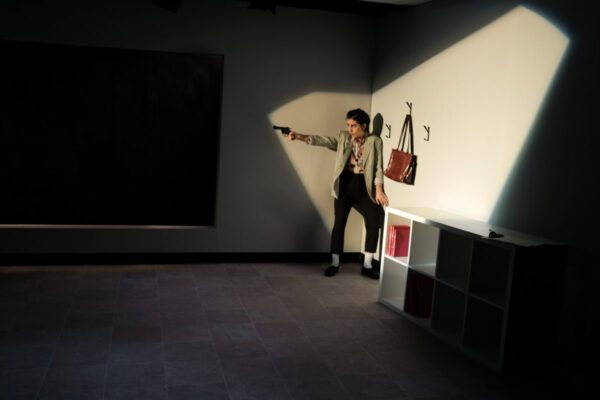 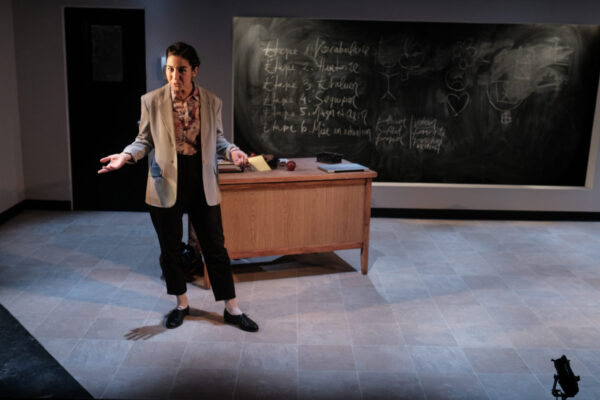 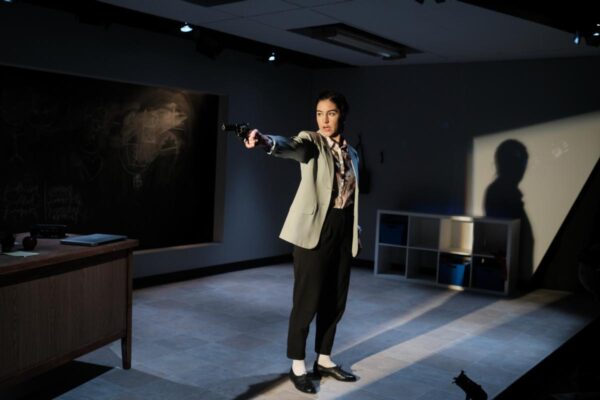 Traumatized by the 2012 Sandy Hook massacre and concerned about what she sees as inadequate school security, an elementary school teacher decides to prepare the students in her group for the possibility of a shooting.

The audience is seated in a space that doubles as a classroom. Directly challenged throughout the play, the spectators witness a survival lesson that they will not soon forget… A competent and imaginative teacher, Ms. Catherine adopts multiple strategies to arouse the interest of her students: puppets, masks, songs, participatory games, drawings, she deploys all possible means to make them aware of the danger that lurks.

Sometimes gentle and loving, sometimes lucid and threatening, Madame Catherine, in the grip of her obsession, sinks deeper and deeper into paranoia and excess. In the role of this complex, paradoxical and disturbed being, Alice Pascual, alone on stage, is absolutely masterful.

With the gravity of the subject, the fragile psychological state of the character and the playful procedures used throughout the lesson, Madame Catherine prepares her class of third to the irreparable navigates between the comic and the tragic, between the candor of childhood and the harshness of the present world and leads into a roller coaster of emotions. From this shocking work, an explicit and disturbing evocation of the discourse supported by certain political leaders, emerges a lucid and necessary reflection on the drifts of fear. And the audience, faced with its own anxieties, confronts it with a laugh that is sometimes frank and sometimes grating. 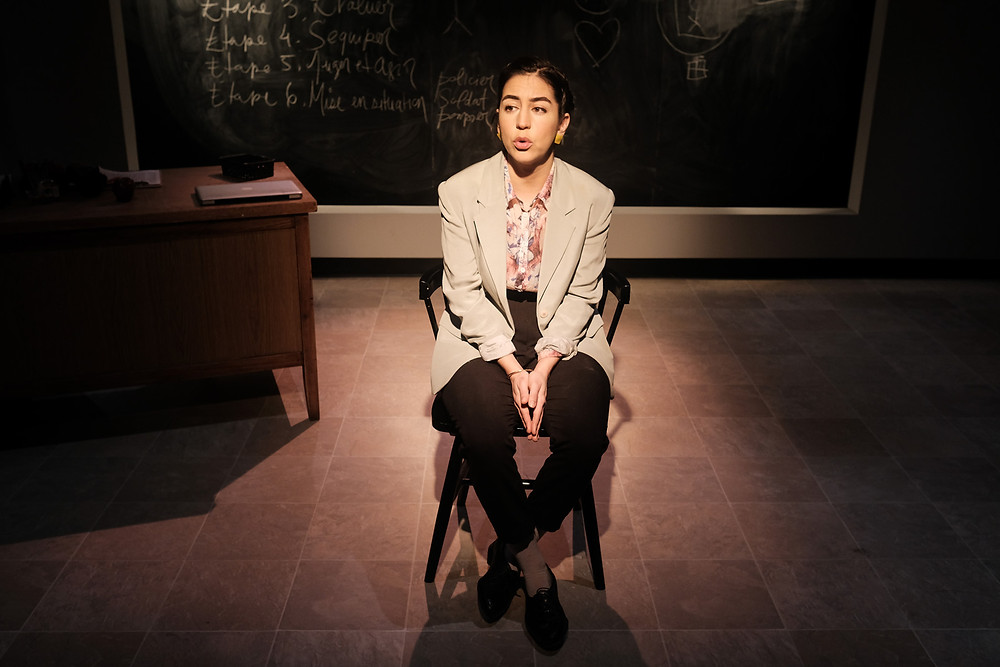